To presume on God’s grace is to take for granted, or assume, that God will show favour towards you. It is a thoroughly dangerous place to be, and as we saw in Jonah 2 it has dangerous consequences for how we relate to God and to our world.

Nobody, I hope (!), intentionally presumes on God’s grace. So how does one end up at that point?

Here are six steps to the process, not necessarily all in order, and all of them subtle drifts from intentional gospel-centred thankfulness and humility.

Some of these steps may be tongue in cheek, but in concert together they work to build a person who presumes on God’s grace. Living this way long enough ultimately leads to hearing these devastating words, “I never knew you; depart from me, you workers of lawlessness.” (cf Matthew 7:23).

Friends, may we never presume the grace of God – may it always be central to our lives and as truly awesome and profound that it is. 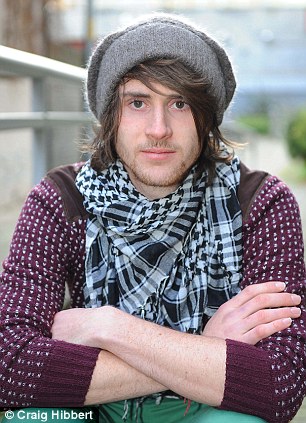 Jamie Haxby is a UK-based graphic designer, with a pretty cool website and a nice portfolio. I like his work.

Haxby made the news recently when, according to this Daily Mail online report, he went for a job interview and was rejected as an applicant. The apparent reason for rejction: Haxby’s Christian faith.

So far nothing too new. Yes it’s odd that someone’s personal religious convictions should disqualify you from a job application. But really – a Christian getting rejected because they are a Christian isn’t something new at all.

If the allegation is true, it’s woeful discrimination. It’s also strange, especially in the field of graphic design. How one’s religious convictions should affect these working conditions is pretty beyond me.

I think the bible’s fairly clear on legal matters that arise between Christians. 1 Corinthians 6:1-8 spells it out neatly enough:

[6:1] When one of you has a grievance against another, does he dare go to law before the unrighteous instead of the saints? [2] Or do you not know that the saints will judge the world? And if the world is to be judged by you, are you incompetent to try trivial cases? [3] Do you not know that we are to judge angels? How much more, then, matters pertaining to this life! [4] So if you have such cases, why do you lay them before those who have no standing in the church? [5] I say this to your shame. Can it be that there is no one among you wise enough to settle a dispute between the brothers, [6] but brother goes to law against brother, and that before unbelievers? [7] To have lawsuits at all with one another is already a defeat for you. Why not rather suffer wrong? Why not rather be defrauded? [8] But you yourselves wrong and defraud—even your own brothers!

The principle: because Christians are going to end up judging even angels on the day of judgement (v3) we should be wise enough to handle ‘in house’ disputes (v5). It is a shameful reflection upon believers to take their disputes before an unbeliever to have it settled (v6). Therefore it is better to be wronged and defrauded by your Christian brother than to carry out legal action (v7).

But on the matter of a Christian taking legal action against a non-Christian (and vice versa) what principles are to apply?

I think wisdom dictates that two biblical principles need to be balanced. Justice and Grace. Both justice and grace are reflective of God’s character, so the Christian must wisely decide if either justice or grace should be pursued.

One way I’d suggest is to determine the likely outcome of a matter. By its very nature the legal system has winners and losers. But not all legal matters are necessarily just about determining a winner. Some matters are probably best dealt with by a judge or jury rather than an alternative dispute resolution like mediation or arbitration. Matters like these would include issues requiring legal precedent to be defined and established or questions of law. Criminal matters also apply here.

Other matters will focus on who will win and who will lose. But one of the definite outcomes will most likely be the severing of relationships. Legal action has a way of destroying what has been or what could be between parties. This is why mediation is often seen as a much better alternative. In mediation the parties are encouraged to speak to each other and for the parties to formulate a resolution.

Applying the principle of ‘Justice’ to a legal matter generally means taking a matter before a judge or jury for determination. The emphasis here will be on seeking a definitive judgement on the matter, and the payment or division of appropriate compensation. The outcome of applying this principle will usually be a winner/loser judgement and a severing of relationships.

Applying the principle of ‘Grace’ to a legal matter might have the Christian bending over backwards to avoid litigation. Turning the other cheek, going the extra mile, suffering wrong and being defrauded are the emphasis upon the Christian. The outcome will hopefully be on maintaining some relationship between the parties, or at least ending the relationship on a better note than definitive legal judgement.

In either case the Christian will also need to determine which course of action will bring the most glory to God. Part of deciding this will be whether the glory to be given will be revealed in the present or in the future judgement to come.

I’ve received a very humbling and gracious message from Jamie himself and I’d like to withdraw some of the comments from this original post impugning motive where I had no basis to do so. For this I apologise and have sought reconciliation. There will be a follow up post later on after my leave.