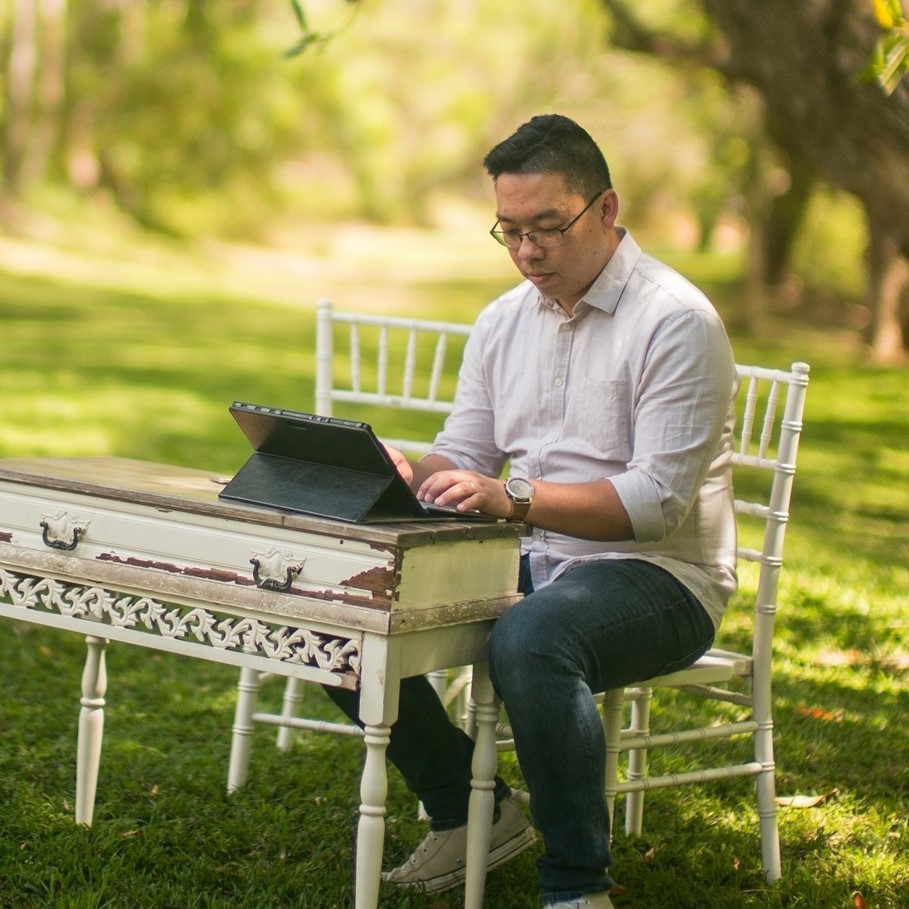 I’m a Christian, a husband, a father, a pastor, a part-time blogger, and all-round beverage appreciator.

I became a Christian in 2001 after growing up in a Buddhist home. Let’s say the goodness of Jesus was too irresistible…

I married my beautiful wife, Steph, in 2006. It’s a joy and privilege to love and lead her.

I became a father in March 2012 with the birth of our firstborn son, Jayden. In October 2014 we welcomed our first daughter, Janessa. And in June, 2016 we were overjoyed to welcome Eliza.

I entered theological training and education in 2007 with a two-year ministry apprenticeship, and in 2009 began a three-year Master of Divinity at Queensland Theological College which I completed at the end of 2011. In 2012 I was appointed as the second Pastor to my home church, SLE Church. (check out this page for my testimony).

I started this blog a while ago. Posts aren’t overly frequent, but I hope they are always helpful.

And I love great coffee, New Zealand Pinot Noirs, and Australian craft beers. But preferably not mixed together.