Getting rid of Possums 101 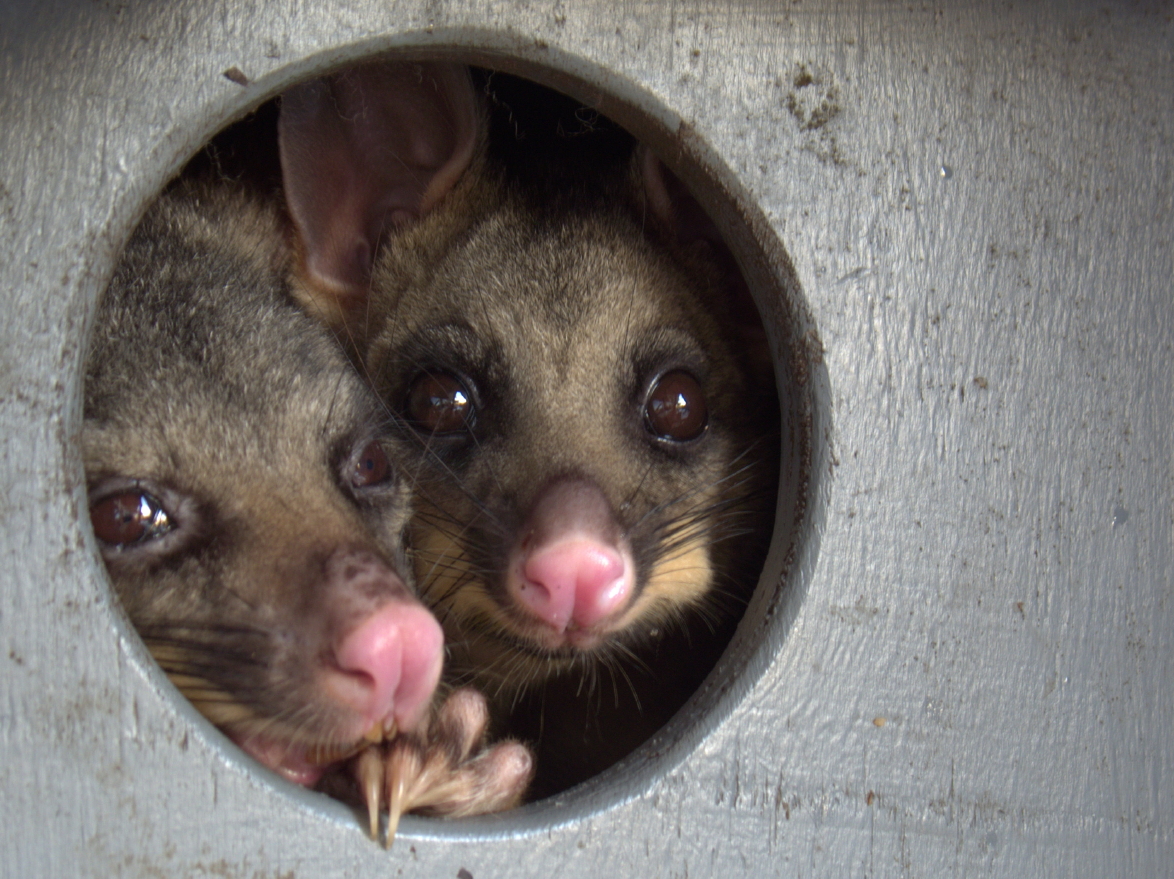 So we’ve had some possums in our garage for a while now. When we first moved in we had a resident possum – probably drawn to the fact that the house had been unoccupied prior to our arrival for close to three months. We managed to scare him off for quite a while, but come the summer he was back again. Again, I managed to scare him off, and for a few months (over Winter in both instances… curious… ) we had peace, until recently we saw the tell-tale dangling black tail of the oversized sleepy rodent.

I’ve talked to a few people now, at hardware stores and even strangers at the shops, and one thing seems conclusive: for as many people as you meet there are different ways to scare off possums.

Which seems to suggest to me that this is an uphill battle.

I’ve held off calling in a possum catcher because by Australian law they can only remove them 25m away… which doesn’t bode well for them staying away. (apparently because they are territorial animals they will die if taken outside of their territory…)

So here’s a list of the ways in which I’ve tried to scare off ‘Bertie’ and prevent his residence from attracting other unsavoury pests.

At first we chose to do nothing, turns out this was a bad idea and he wasn’t going to go away anyway.

Method 2: Use a broom/rake to scare him off.

This seemed to work the first few times. Bang the roller door, make heaps of noise, then just start chasing them around the garage with the broom/rake until they finally scurry out.

More recently I’ve also added the hose on ‘jet’ setting to give them one more soaking reminder never to come back.

The benefit of this method is that it’s cheap. There’s no extra cost, save if you don’t already have a broom or rake.

And I’ll sheepishly admit it was a bit fun chasing them off.

This cost about $10 from the hardware store and seemed to promise results. I mixed it all up according to instructions and sprayed the walls of the garage where I suspected they were climbing in until they were soaked.

It had no effect.

Note: It might work for you, but it didn’t for me.

My pest control man suggested this. Moth balls, and naphthalene sachets, are readily available and apparently the fumes drive possums away. They cost $3 for three column type things, each filled with four balls.

They had no effect. One of the possums was using one as a head rest.

It’s not unsurprisingly tricky (double negative intended) to pee into a small bottle. But I did the deed and probably produced more pee than I thought I had in me at the time.

The spray was easy enough to administer.

The benefit of this method is that it’s a pretty cheap method.

Did it work? Well, they were back the next day. And sleeping comfortably right on top of my pee puddles.

I think this will have to be my final go. I purchased a couple of sheets of Perspex, some brick nails and a hacksaw for around $80. I took measurements, cut up the Perspex (which is no easy job – it’s fairly brittle), and nailed it on.

The benefit of this is that it’s hardly visible so the look of the garage/house is relatively unaffected.

It’s been a few nights now and I think we have success. I don’t see any claw marks on the Perspex for where they have tried to climb it, so we’ll wait and see.

So that’s my possum removal stories. Do you have one? Put it in the comments below.