A couple of months back I began blogging through the Five Solas of the Protestant Reformation. I pick it up again with post #3 – Solus Christus: Christ Alone.

A few years ago I was privileged enough to be able to travel around Europe on tour. One site visit will remain etched in my memory – primarily because photography wasn’t allowed at that moment! It was in the Basilica di San Francesco in Assisi, Italy. In the middle of one area, above the altar, was an incredibly ornate mosaic of Christ, seated on his throne. On one side, devils were pulling people into Hell with all its tortures. On the other side, Catholic Saints were pulling people up into heaven.

While in France visiting the Cathedral of Notre Dame, a tour guide showed us some wooden carved reliefs on the inside of the cathedral. She noted that in a time when literacy rates were low, the next best thing the church could do was to give people pictures of gospel scenes in order to educate them about the gospel itself. I noted that in quite a few of these scenes Mary featured quite heavily – even in scenes where she is absent in the biblical text.

When Luther finally protested against the abuse of indulgences, his reforms extended over many other sacrosanct beliefs of the Catholic Church – including the place of the Pope, the Priesthood, and other Saints.

In Catholic theology a priest essentially acts as a mediator between God and the people. And while some may disagree, one only needs to ask the question ‘who may perform the Lord’s Supper’ to realise that unless an official priest performs the role it is not a valid mass.

Going further, the Pope is chief among priests – in fact, there is an inscription at the Cathedral known as ‘Pauls Outside the Walls’ in Rome to John Paul II with the title ‘Pont. Max’, or Pontifex Maximus: Chief High Priest in Latin. 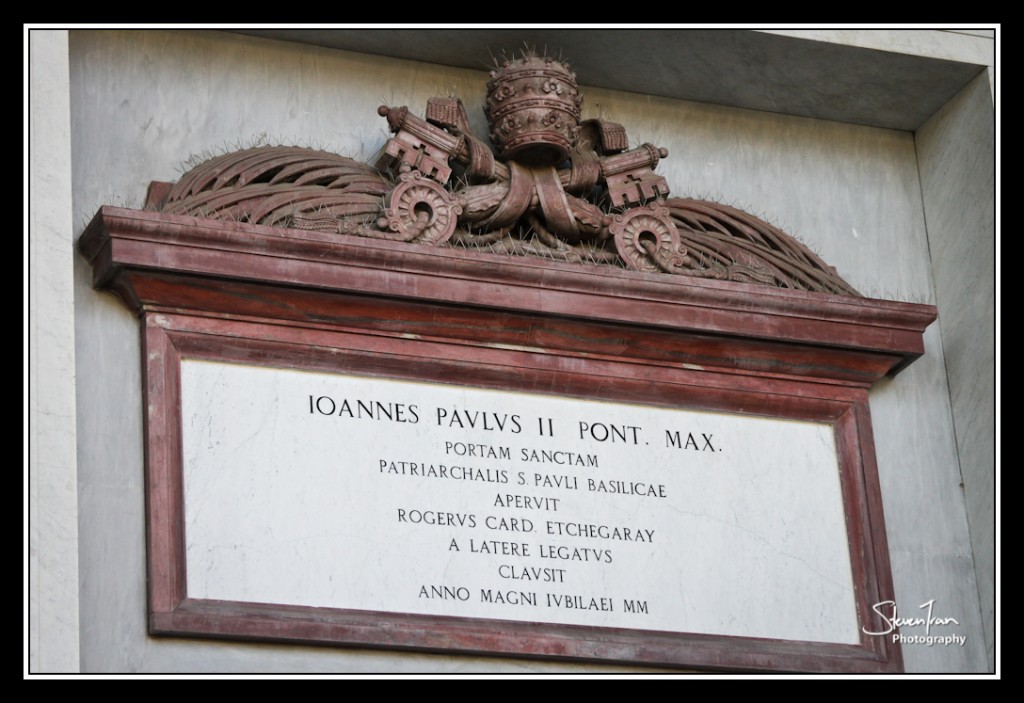 Then we have the Saints who, in Catholic theology, are defined as those who are righteous in life, and have performed verifiable miracles in either life or death. A system of canonisation is required by the church before someone is officially recognised as a Saint. Saints can be prayed to as mediators between God and people.

So this is where the doctrine of ‘Sola Christus’ helps mark out Protestant theology from Catholic theology.

Our salvation is accomplished by the mediatorial work of the historical Christ alone. His sinless life and substitutionary atonement alone are sufficient for our justification and reconciliation to the Father.

I’d argue that one of the central tenets of the New Testament is that Jesus is not only the Son of God and Christ but only through him do we receive faith and salvation.

What does Sola Christus mean:

What does Sola Christus not mean (impossible applications):

Put simply: Salvation and faith are made possible for man only by the death and resurrection of Jesus Christ. We can therefore not add to Christ’s saving work, nor should we try to.

“When we see salvation whole, its every single part is found in Christ, And so we must beware lest we derive the smallest drop from somewhere else.” – Sinclair B Ferguson, In Christ Alone: Living the Gospel Centred Life