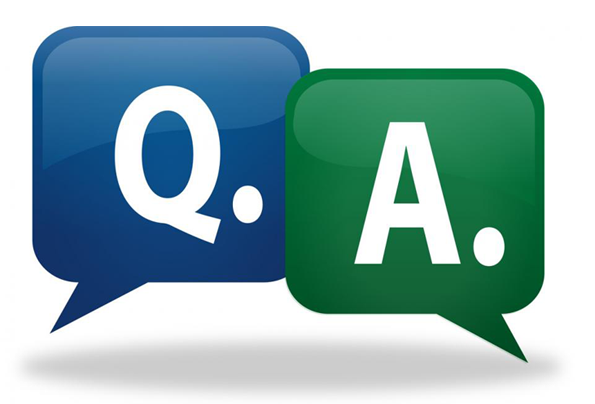 Another question shot my way this week on Jesus and the Fig Trees in the gospel of Matthew and Mark. Here’s the question:

Q: Why did Jesus curse the fig tree for not having fruit when it wasn’t even the season (according to Mark)? Did Jesus sin in killing this tree?

Here are the passages in question:

12 On the following day, when they came from Bethany, he was hungry. 13 And seeing in the distance a fig tree in leaf, he went to see if he could find anything on it. When he came to it, he found nothing but leaves, for it was not the season for figs. 14 And he said to it, “May no one ever eat fruit from you again.” And his disciples heard it.

20 As they passed by in the morning, they saw the fig tree withered away to its roots. 21 And Peter remembered and said to him, “Rabbi, look! The fig tree that you cursed has withered.” 22 And Jesus answered them, “Have faith in God. 23 Truly, I say to you, whoever says to this mountain, ‘Be taken up and thrown into the sea,’ and does not doubt in his heart, but believes that what he says will come to pass, it will be done for him. 24 Therefore I tell you, whatever you ask in prayer, believe that you have received it, and it will be yours. 25 And whenever you stand praying, forgive, if you have anything against anyone, so that your Father also who is in heaven may forgive you your trespasses.”

18 In the morning, as he was returning to the city, he became hungry.19 And seeing a fig tree by the wayside, he went to it and found nothing on it but only leaves. And he said to it, “May no fruit ever come from you again!” And the fig tree withered at once.

20 When the disciples saw it, they marvelled, saying, “How did the fig tree wither at once?” 21 And Jesus answered them, “Truly, I say to you, if you have faith and do not doubt, you will not only do what has been done to the fig tree, but even if you say to this mountain, ‘Be taken up and thrown into the sea,’ it will happen. 22 And whatever you ask in prayer, you will receive, if you have faith.”

I remember as a non-Christian reading through the Gospel of Mark and finding this passage particularly difficult to understand on my own (that and the wineskin biz). So it’s no surprise that I’ve received this question also from a non-Christian.

I remember part of my confusion about this passage was first, the seeming random nature of the account and 2, the seemingly cruel nature of it as well. Poor Fig Tree! It probably didn’t get enough water and was working up towards bearing fruit and here comes Jesus to kill it before it even gets a chance!

So here’s my take on it now, many years later.

The first thing to look at is the surrounding context of this passage.

In Matthew 21 Jesus has just entered into Jerusalem (for the last time). His entrance was a public spectacle – people yelling ‘Hosanna!’ and spreading palm branches across the path of his colt. Immediately after this Jesus enters the temple and drives out the money changers. The chief priests question Jesus before he leaves. The incident of the fig tree takes place, and then after this – again in the Temple – the authority of Jesus is challenged by the chief priests and elders.

Mark 11 has a remarkably similar account. Jesus has his triumphal entry, he then curses the fig tree before kicking out the money changers from the Temple. In this account we’re told that the chief priests and scribes don’t merely question him, but seek a way to destroy him (v18). The next scene is the disciples with Jesus noticing the withered fig tree, and again this part of the narrative concludes with Jesus’ authority being questioned by the chief priests and scribes and elders.

So the context of the fig tree narrative in both Matthew and Mark is very similar. Which gives us our first clue: whatever happens to the fig tree probably has something to do with what’s happening in the scenes around it.

Pause for a second and consider some Old Testament passages which compare Israel to fig trees. In Isaiah 28, on the judgement of Ephraim and Jerusalem, they are likened to the first fruit of the fig trees being swallowed up. A similar use of the metaphor is found in Hosea 9:10 and Jeremiah 29:17. In other prophetic passages the destruction of fig trees is associated with judgement (Hosea 2:12, Isaiah 34:4, and Luke 13:6-9).

These passages help undergird what’s happening here in Matthew and Mark. In both passages Jesus is using the Fig Tree as an enacted parable of the judgement of Israel. Having entered into Jerusalem to great praise and displays of faith, Israel’s leaders show their contempt of Jesus and his authority. They are like the Fig Tree – not bearing the fruit of faith as others were so evidently doing. So they would wither and fade (an allusion to the coming destruction of the Temple itself). This also helps explain the dialogue about faith that Jesus goes into in both Matthew and Mark – where the Israelite leaders failed in the faith, Jesus’s disciples’ faith was not misplaced. Whatever faith they had would have huge end-times repercussions (cf his language of moving mountains,  borrowed from Zechariah 14 which speaks of the Messiah’s coming triggering eschatological – end times – upheaval).

On the issue of the fig tree not being in season it’s been suggested that Fig Trees will always have immature fruit when they are in leaf. They might not be that tasty, but they can at least nourish a hungry person.

Figs set their fruit on both new and old wood, depending on the variety. At the end of the growing season, tiny figs can be seen just as the leaves drop. They will swell up early in the next growing season. They will be the first crop, sometimes called the breva crop, and then the new wood that begins to grow will also produce fruit that will ripen later, this is the main crop or higo crop. Figs develop as the stem develops, so there is a continuous succession of fruit as the tree grows, which gives a wonderful extended picking season. Having a few fruit ripe at a time over a long period of time is perfect for a backyard situation.

The fact that this tree had no fruit was a bad sign – as an enacted parable for Israel it represented a nation which should have had some fruit of faith but lacked it.

So is Jesus sinning in killing an innocent tree? Not at all. It’s a parable for the coming destruction of Israel for its rejection of their Messiah. But for those who put their faith in Jesus they will escape this judgement – for He has taken it all.