Some Christian movies to watch out for

A couple of posts about the upcoming Noah movie recently caught my attention. First, the movie poster: 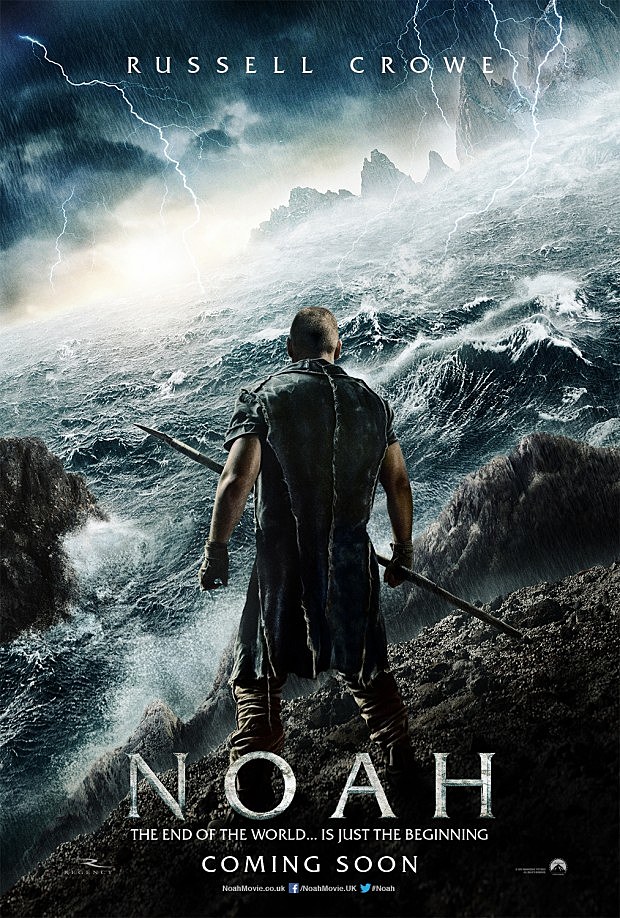 It really does look epic! And with Hollywood beginning to take notice that there’s a relatively untapped Christian film-going audience this might be the movie to bring the churches back into the theatre since Mel Gibson’s ‘The Passion of the Christ’. The trailer also makes it look epic…

But… it is not all good news.

Christian and screen writer Brian Godawa got to review the script of the movie. And what he has to say is rather devastating for Christians who were hoping that Hollywood would do the biblical story justice. It’s a long post, but it’s very helpful in not only outlining his major concerns but also serves as a nice model for how Christians should engage with movies (ie thoughtfully and biblically).

In short: it sounds like this movie has been made by a non-Christian who didn’t really understand his source material and went and made a piece of political environmental propaganda. As it currently stands the movie will probably frustrate and annoy Christian audiences more than entertain.

Now, I strongly affirm what Godawa has to say about nothing being wrong with creative license and adapting old stories to highlight a present day issue. I personally believe that the creative license shown in The Bible mini series earlier this year is what made it work so well. Sure, creative license mean you’ll always miss details or have people quibble over other smaller details, but it sounds like this Noah movie goes too far.

Some have suggested that the even with its flaws the movie would be a good conversation starter. Honestly, I can’t imagine how a conversation would go if you were constantly trying to correct the movie. A better option might be this: forgo the movie, and for friends who are curious or have seen it offer to sit down and read through Genesis 6-9 with them and show them the true story and how it points to Jesus Christ.

Still, there is time between now and the release of the movie to make some modifications and edits. Apparently early screen tests with audiences has been fairly negative – with lots of people saying that the movie changes far too many details of the original story. Might I suggest that the negative feedback is also because the movie is preachy and not in a good way.

In other news the book ‘Heaven is For Real’ has now been made into a movie and will hit theatres around Easter next year. Here’s the trailer:

Here is a very helpful review of the original book by Tim Challies.

In short: it’s a terrible book.

Here is an excerpt of the review:

If I wanted to disprove Colton’s experience on grounds of logic or consistency I might point in a couple of different directions. In the first place, Colton is a toddler who speaks like an adult. His verbatim quotes sound nothing like a 4-year old, and I think I can say this with some authority as the father of a 4-year old. I’d also point to the fact that dad routinely remembers circumstantial detail that there is very little chance he would remember 6 or 7 years after the fact, something that, at the very least, tells me that he is filling in details where he feels he needs to. But there are better grounds.

The better strategy, I think, is to look to the Bible.

I offer two ways of going about this. First, the Bible gives us no indication whatsoever that God will work in this way and that he will call one of us to heaven and then cause us to return. It is for man to die once and then the resurrection. To allow a man (or a boy) to experience heaven and then to bring him back would not be grace but cruelty. The only biblical example we have of a man being caught up to heaven is Paul and it’s very interesting that he was forbidden to tell anything about it. And the reason he even mentioned this experience was not to offer encouragement that heaven exists, but to serve as a part of his “gospel boasting.” He saw heaven and was told to say nothing about it. This was a unique experience in a unique time and for a unique reason.

The second ground refers to the reason each of these authors offers—that through their experience we now find confidence that what God says is true. This kind of proof is exactly the kind of proof we should not need and should not want. Blessed are those who do not see and yet believe. Don Piper insisted that he was called to be the Minister of Hope. If hope is to be found in any person, it will be found in the person of Christ. It is the Spirit working through the Word who will give us confidence in our faith. And what is faith? It is simply believing that what God says in his Word is true. We do not need tales of heaven or stories of those who claim to be there.

If you struggle believing what the Bible says, but learn to find security in the testimony of a toddler, well, I feel sorry for you. And I do not mean this in a condescending way. If God’s Word is not sufficient for you, if the testimony of his Spirit, given to believers, is not enough for you, you will not find any true hope in the unproven tales of a child. This hope may last for a moment, but it will not sustain you, it will not bless you, in those times when hope is waning and times are hard.