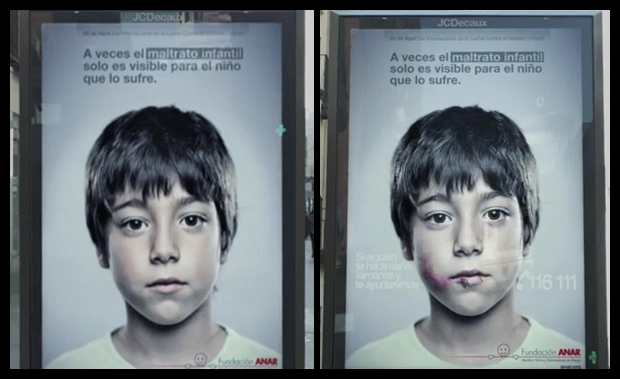 This ad to raise awareness of child abuse is brilliant.

An explanation from Gizmodo:

The secret behind the ad’s wizardry is a lenticular top layer, which shows different images at varying angles. So when an adult—or anyone taller than four feet, five inches—looks at it they only see the image of a sad child and the message: “sometimes, child abuse is only visible to the child suffering it.” But when a child looks at the ad, they see bruises on the boy’s face and a different message: “if somebody hurts you, phone us and we’ll help you” alongside the foundation’s phone number.

Steven grew up in a nominal Buddhist home, was introduced to Jesus in early university and after lengthy debate and reading came to realise that Jesus made more sense of life, meaning, morality and our ultimate destiny. Graduating from Queensland Theological College in 2011, Steven is a Pastor at his home church, SLE Church, in Brisbane, Queensland. Steven is also husband to Steph, father to Jayden, Janessa, and Eliza, and part time blogger. He also loves a good New Zealand Pinot Noir, Australian craft beer, and coffee. Though preferably not mixed together. View all posts by Steven